“When you can’t breathe, nothing else matters.” This sentiment grounds our work at the American Lung Association to save lives by improving lung health and preventing lung disease. And we know this begins with the air we breathe.

Air pollution seriously harms lung health, triggers asthma and heart attacks, causes reproductive harm, and can increase the risk of premature death. In Tennessee, there are more than 146,000 children and 565,000 adults with asthma, and nearly 600,000 adults with cardiovascular disease. These individuals are at greater risk from the health impacts of air pollution, but even healthy adults can suffer from unhealthy air.

Every year, the American Lung Association releases the State of the Air report, which grades counties across the country on their ozone and particle pollution levels. Historically, many counties in Tennessee have had dangerous pollution levels. However, thanks to dedicated efforts under the Clean Air Act to clean up emissions from power plants, vehicles and other sources, Tennessee counties have met the official standards for ozone and particulate matter pollution levels since 2017. It could, however, be a challenge to maintain this status.

The U.S. Environmental Protection Agency (EPA) has proposed to weaken a number of clean air protections, including the Clean Power Plan, Cleaner Cars Standards, methane protections, and most recently the Mercury and Air Toxics Standards.

The Mercury and Air Toxics Standards were adopted in 2011 with the goal of reducing dangerous emissions from power plants. Mercury causes permanent damage to the brains of babies and unborn children, leading to developmental delays, learning disabilities and birth defects. Power plants also emit more than 80 other hazardous air pollutants identified by the Clean Air Act, including arsenic, chromium, lead and acid gases. These pollutants cause cancer; damage the eyes, skin and breathing passages; harm the kidneys, lungs and nervous system; and cause cardiovascular diseases. When the U.S. EPA adopted the Mercury and Air Toxics Standards, the agency estimated the rule would prevent up to 11,000 premature deaths each year and prevent 4,700 heart attacks, 130,000 asthma attacks and 5,700 hospital visits annually.

The Mercury and Air Toxics Standards are a success story. The standards have reduced mercury emissions from power plants by 85 percent and cleaned up particle pollution at the same time. This is important in Tennessee, where TVA has coal plants located in Bull Run, Gallatin, Cumberland and Kingston that have already installed the required controls.

Members of Congress of both parties, including Senator Alexander, have asked EPA to withdraw its proposal to weaken these standards, citing “serious health hazard for children.”

In Tennessee, the American Lung Association’s Healthy Air Campaign is working with health professionals and organizations to build awareness about the health impacts of outdoor air pollution, educate people on ways to protect themselves from bad air quality and support elected officials in protecting policies, like the Mercury and Air Toxics Standards, that keep our air clean.

The American Lung Association urges health professionals to learn more about how these policies will impact health and consider signing our health and medical professional letter by April 15 asking EPA to reconsider by clicking here. We also invite everyone to get involved with the Healthy Air Campaign in Tennessee by signing up at www.lung.org/action. 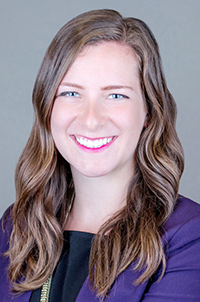 Christine Hart is manager for the Lung Association’s Healthy Air Campaign in Tennessee. Learn more at www.Lung.org/healthyair or contact Christine at Christine.Hart@lung.org.