by George Buck and Judd Peak

Healthcare debt collection is being targeted on a number of different fronts. One of the most pressing – and vocal – threats comes from consumer advocacy groups. These organizations and collectives have a unifying goal of promoting consumer protections, often without much concern for how increased regulation affects the healthcare revenue cycle function. Their tactics, ranging from lobbying of regulators to full-on media blitzes, have had substantial effect. Indeed, it can be said that healthcare collection is on trial in the court of public opinion.

As a whole, consumer advocacy groups are organizations that seek to protect people from corporate abuse like unsafe products, predatory lending, and false advertising. Consumer organizations may operate via protests, litigation, campaigning, or lobbying. They may engage in single-issue advocacy, or they may set themselves up as more general consumer watchdogs.

In the case of healthcare, there are three groups that we would like to highlight for this blog: ProPublica, U.S. Public Interest Research Group (USPIRG), and National Consumer Law Center (NCLC).

ProPublica (www.propublica.org) is a nonprofit organization based in New York City. It is a newsroom that aims to produce investigative journalism in the public interest. ProPublica states that its investigations are conducted by its staff of full-time investigative reporters, and the resulting stories are distributed to news partners for publication or broadcast. In some cases, reporters from both ProPublica and its partners work together on a story.

Over a three-year period, ProPublica published a series of 29 articles under the banner of Unforgiven, The Transformation of Consumer Debt (www.propublica.org/series/unforgiven). There was a heavy emphasis on medical debt collections and, in particular, those of non-profit healthcare groups. Examples of these articles along with their links are:

A story by ProPublica and NPR and a Senate investigation prompt a Missouri nonprofit hospital to change its policies and forgive thousands of patients’ debts. But without similar scrutiny, it’s unclear if other hospitals that sue the poor will change.

Public hospitals can be among the most aggressive in collecting debts from poor patients, not only garnishing their wages, but cleaning out their bank accounts. “It makes me sick,” said one legal aid attorney.

One Missouri hospital has sued thousands of uninsured patients who couldn’t pay for their care, then grabbed a hefty portion of their paychecks to cover the bills. “We will be paying them off until we die,” one debtor said.

Not surprisingly, the report is very one-sided and points out the most negative side of the healthcare and medical debt collection industry. The report uses data from the complaint portal of the Consumer Financial Protection Bureau which, in itself, only gives the consumer’s point of view as to their experience with the debt collection company. Every member of Congress, as well as every state’s Attorney General, received a copy of this report. It was also widely distributed among public and private news outlets with little regard for industry points of view.

The National Consumer Law Center (NCLC) (www.nclc.org) traces its roots to President Lyndon Johnson’s declaration of a “War on Poverty.” Today, NCLC advocates for the rights of low-income families and provides resources for legal aid and private attorneys representing low-income consumers. The lawyers of the NCLC provide policy analysis, advocacy, litigation, expert witness services, and train for consumer advocate throughout the United States. NCLC also works with federal and state policymakers and participates in major litigation throughout the nation.

In August of 1977, The NCLC published their Model Medical Debt Protection Act which would require specific financial guidelines for charity care and discounted care (beyond current 501R requirements), and adds a number of procedural safeguards to protect consumers who owe medical debt.

Though the prospect of this proposal making it through the current Congress is highly unlikely don’t ignore the fact that there are several progressive state legislatures, as well as state Attorneys General, that have items such as this on their radar.

Consumer advocacy groups have a very strong voice with policymakers. They also have a broad audience through the various media outlets that are proponents of increased consumer protection measures. However, even with the very best of intentions, many times more harm comes from increased regulation to consumers … as well as businesses … than good. So, who is advocating for you? 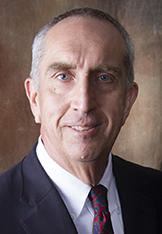